So, what is it you do all day?

I sort of disappeared a few years ago. I had a simple but difficult decision: stay and help GitHub to help grow the company or leave and help my family when they needed help most. In the space of a couple of weeks I quit my job, packed up my belongings, and moved out of San Francisco.

Ever since then, I’ve struggled to describe how it is I spend my time to my peers. Discussing the practicalities of caring for someone with a neurological disorder is not exactly small-talk worthy, nor is it something I particularly want to discuss with strangers. There’s also the unfortunate culture in technology that devalues everything unrelated to militant capitalism. If you’re not trying to make money, what are you even doing? Now add on to that the few that saw my vulnerability as an opportunity for leverage — and indeed — leveraged the fuck out of me. It’s all added up to be an interesting couple of years.

So when people ask what it is I’m doing, I’ve mostly kept it light. I tell people I’m semi-retired. It’s not entirely untruthful — I’ve spent a lot more time outside and doing fun things — but it’s a lot less than the whole. 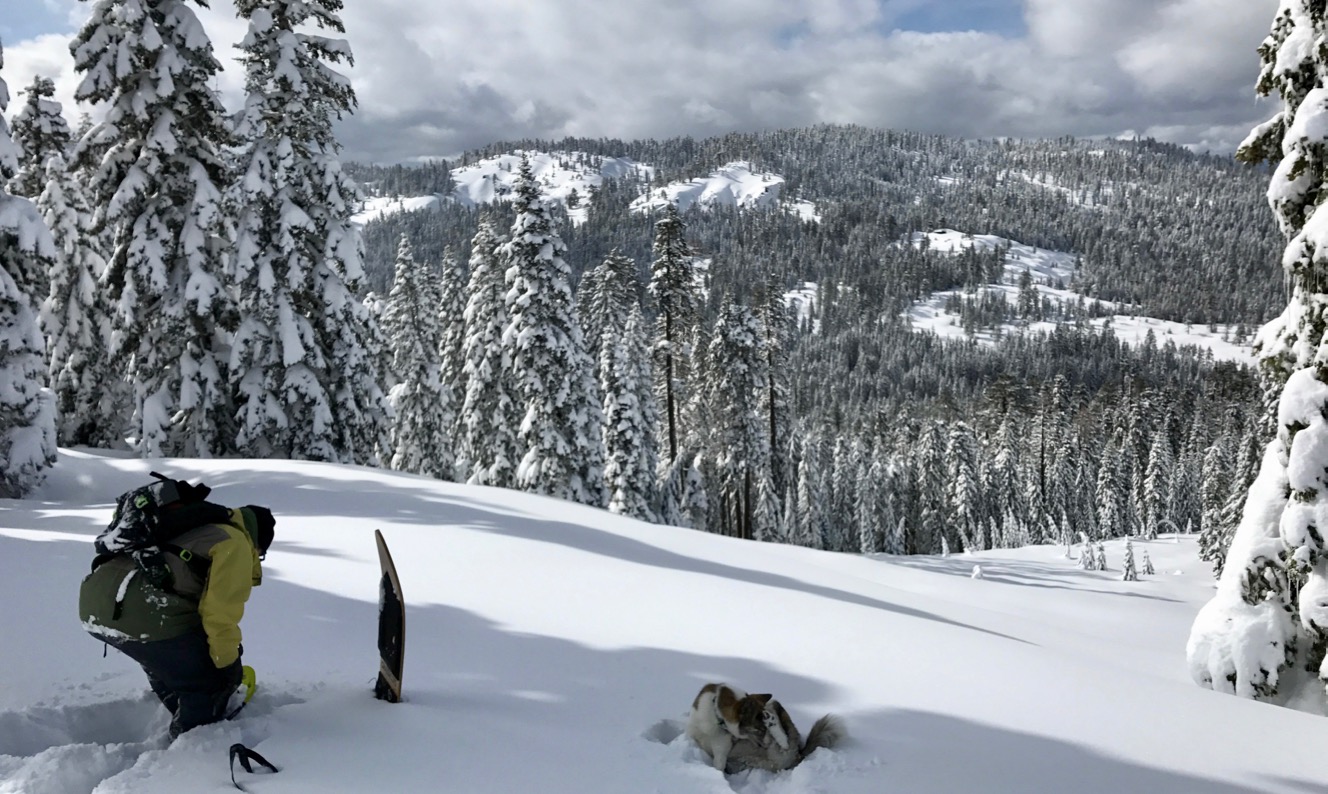 That being said, I’ve been working hard for the past few months to find more space for me again. Which also means I’ve been thinking more about what’s next.

A lot of people talk about passion with regards to work — that feeling of endless energy one feels when their inner desires meet application. Work no longer feels like work, and all questions of is this worth it? and am I doing the right thing? feel silly and irrelevant. I used to have a lot of passion for software. Whatever I have now is different.

I feel torn between the endless opportunities I see in software and the disgust for what our industry has become. The rational part of my brain tells me you don’t have to be like those terrible people to work in software, but the emotional side of me sees what our industry is doing in practice and doesn’t want to be associated with it at all. You can still do good work and be employed by Exxon, but at the end of the day you’re still working for the oil industry. Is that who I want to be?

I’ve spent a lot of time asking myself why I am so frustrated with our industry, and I think I’ve narrowed it down to two common themes:

To work or participate in the technology industry is an exercise in minimizing manipulation (or, if you’d like to be rich, maximizing it). This feels shitty in a tremendously heavy way.

What happened to the idea of building great stuff that people are happy to pay for? What happened to the idea of treating employees as people and not legal entities to extort? Were these fantasies of a naive 20-something Kyle, or a reasonable idea of how our industry should act? Why do the needs of the corporation always seem to outweigh the needs of people? Honestly, it’s all driven me a bit crazy. But more relevant to this essay: this shitty-ness has eroded my enthusiasm for building software.

Something I have been very enthused about as of late is permaculture, or at least many of the ideas that circle around that particular label.

What I love most about permaculture is that it transforms the laborious step-by-step annual process of contemporary gardening into systems design. Instead of remembering to water each of your plants every day, you set up systems to capture water so you don’t have to irrigate. Instead of measuring out fertilization schedules, you design plant systems that provide the nutrients each of them needs. The end result is that it makes gardening a lot more like programming. It takes more effort up front but the result is a self-sustaining system rather than one that requires re-building each year. That means this year’s effort adds onto last year’s — constant effort results in ever-increasing production. Permaculture takes this idea and applies it to all of the ways we live. How can we apply systems design and the forces of nature to design a more self-sustaining house? How can we use these principles to design our neighborhoods?

The shape of America we know today — endless rows of almond trees and corn, factory farms, tract houses, and suburbs — has always felt a bit off. We face incredible challenges in the years ahead, and these existing structures are not serving us well. Our cities are not designed for people, our homes not designed for their climate, and our farms not designed for farmers. Like a hammer who wants everything to be a nail, we are a barrel of oil designing the world with petroleum-tinted glasses. And what happens when we expand to planets that doesn’t have such abundant petroleum? Wouldn’t it be productive to practice harnessing the implicit energies of a planet?

The engineer in me can’t stop thinking there’s got to be a better way.

Many environmentalists believe the answer lies in conservation and consumer choices — reduced energy use, less intensive farming, and voting with your dollar — but I’ve never believed those strategies to be sane. You cannot deny the third world and the poor the modern conveniences the rest of us have. We achieved those conveniences with petroleum, but that’s no longer a sane path. We must find a new method for the rest of us. I also believe that a world with abundant (and excess) energy is a world in which humankind thrives and advances. To practice energy conservation on a civilization-scale is to stick our heads in the sand and refuse to grow.

I believe we can live in comfort and abundance while also living in greater harmony with nature (aka not fucking up the planet for our children). This isn’t blind environmentalist ideals — it’s working in a way that leverages nature’s built-in energies instead of fighting against them. Fresh water is scarce, yet we fill our toilets with fresh water just to defecate into it. Homeless starve on the streets, yet we plant non-bearing fruit trees along our city streets. Our homes require constant air conditioning, yet we bulldoze the trees on the southern side of our homes. All in all we’re just making a lot of bad decisions right now. I see permaculture as a framework to make better decisions through design, but for the environment.

This is a big part of what’s next for me. Last year, I became part-owner in an old high-country cattle camp / working forest near Tahoe. This is where I want to explore more of these ideas and share them with others. We’re building a place to get away from the craziness of the modern world and explore examples of living in comfort & abundance in harmony with nature. Call it part working forest (growing trees for profit), part getaway, and part laboratory. 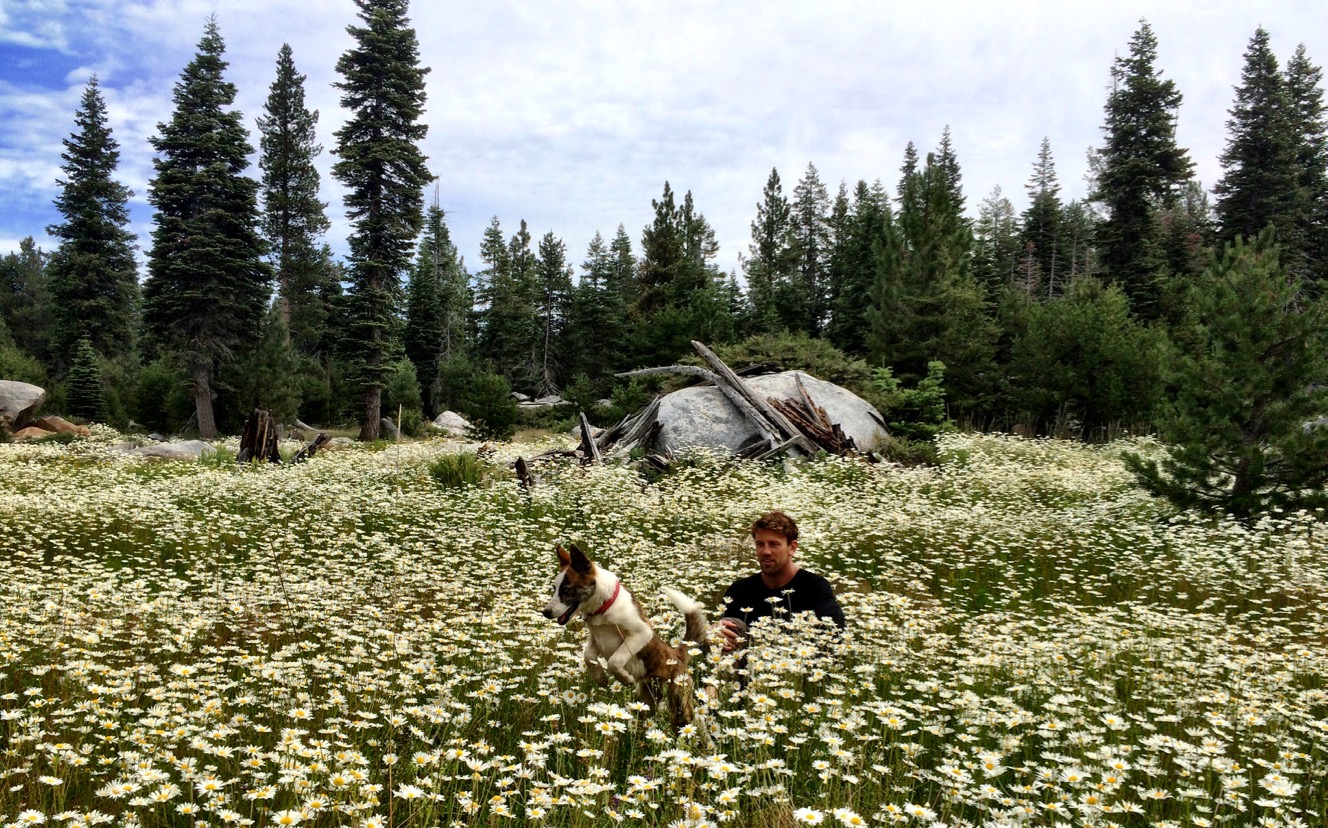 It’s called Leaping Daisy. It’ll be a while.

Despite the first half of this essay, I’d be a liar if I said I wasn’t still interested in software. I’d like to think I’m just going through a rough patch in our relationship right now. Plus, Leaping Daisy sits under about seven feet of snow as we speak, so the winter leaves me with a lot of time alone with my thoughts.

For a long time, I was mostly interested in software that made money. Finding the sweet spot between customers, willingness to pay, and profitability is fun. But Venture Capital and their fleet of lawyers have become experts at warping and extorting these kinds of products. They’ve taken the fun out of making money. As such, lately my interests have been more ideological than profitable.

I’ve started and abandoned dozens of projects over the past couple of years — some silly, some ambitious, and some just plain dumb. So I’ll be honest: I’m not really sure what’s next here. I’ll say there are a few areas of interest that seem to keep popping up in my head:

If you’ve got some interesting projects you think I should check out, let me know (kyle@warpspire.com is probably best). Note: if you’re funded for purposes other than defrauding VC firms, think phone calls are fantastic, or think that the words stock or options are enticing, I am probably not your target audience right now.

Oh, and hi everyone! It’s been a while. I’ve missed publishing, and I hope I can find time for more of it again.