For those of you who don’t know, I own an old high elevation cow camp in the Sierra Nevadas with my friend David. It’s home to a 99 year old hand-hewn log cabin, a chainsaw milled post & beam horse barn, and a few smaller bunk houses. It’s been a source of great joy and fulfillment over the years. We call it Leaping Daisy, or sometimes just The Ranch. 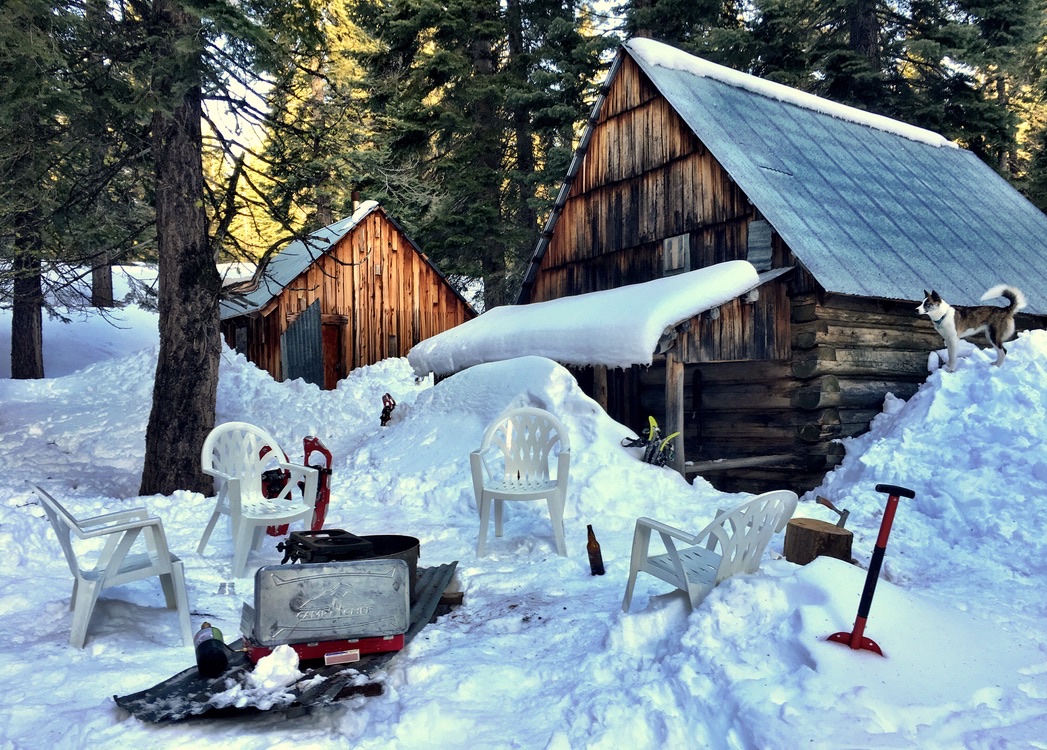 Now for the sad part: the rancher who grazes cattle around the ranch called yesterday, and let me know the old cabin and all the bunk houses burned down in the Caldor Fire. 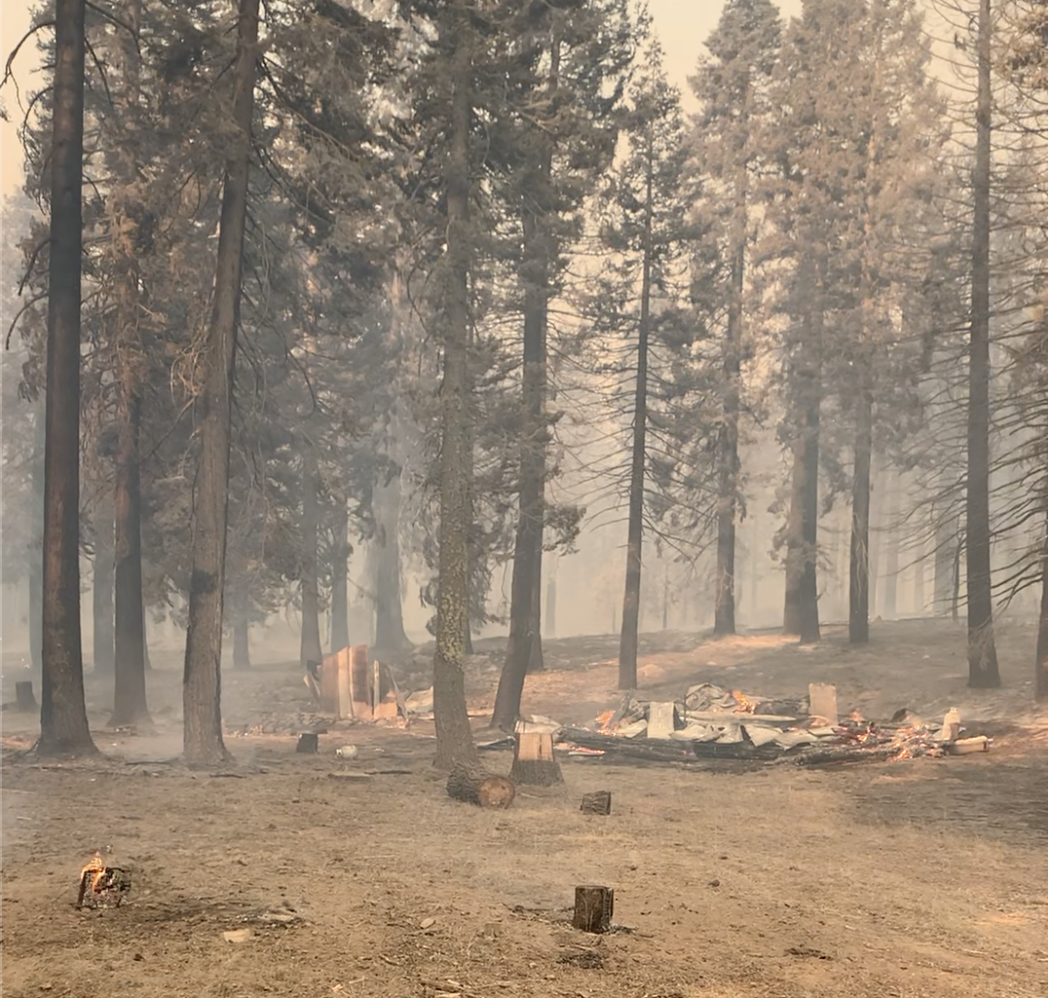 Jessica and I have put a lot of work into the cabin the past couple of years — it was a particularly good escape from the beginning months of the coronavirus lockdown. We cleaned it up, fixed the plumbing, replaced the chinking, put a fresh coat of stain on the old logs, and very nearly removed the resident mice.

We may have owned the cabin, but it wasn’t really ours. It was a relic from the Old West, a place where the cowboys would come after a long day of rounding up cattle, start a fire in the wood stove, and fry up some chicken for dinner. It was a building that invited stories and encouraged the imagination. What did this place look like in 1922 when they cleared the land and built the cabin? What kinds of tools did they use? How did Bungie lift those roof rafters by himself when he replaced the roof at the age of 65?

It’s sad, but it isn’t tragic — this is what living in the mountains means. To choose to live in the mountains means you choose to live in the midst of powers far beyond your control. It means preparing for the weather, respecting the terrain, wrapping your arms around trees five feet in diameter, and climbing boulders bigger than houses. And it also means living with wildfire. There is no fire-free option for our forests. We burn them, or we watch them burn. This time we watched them burn. 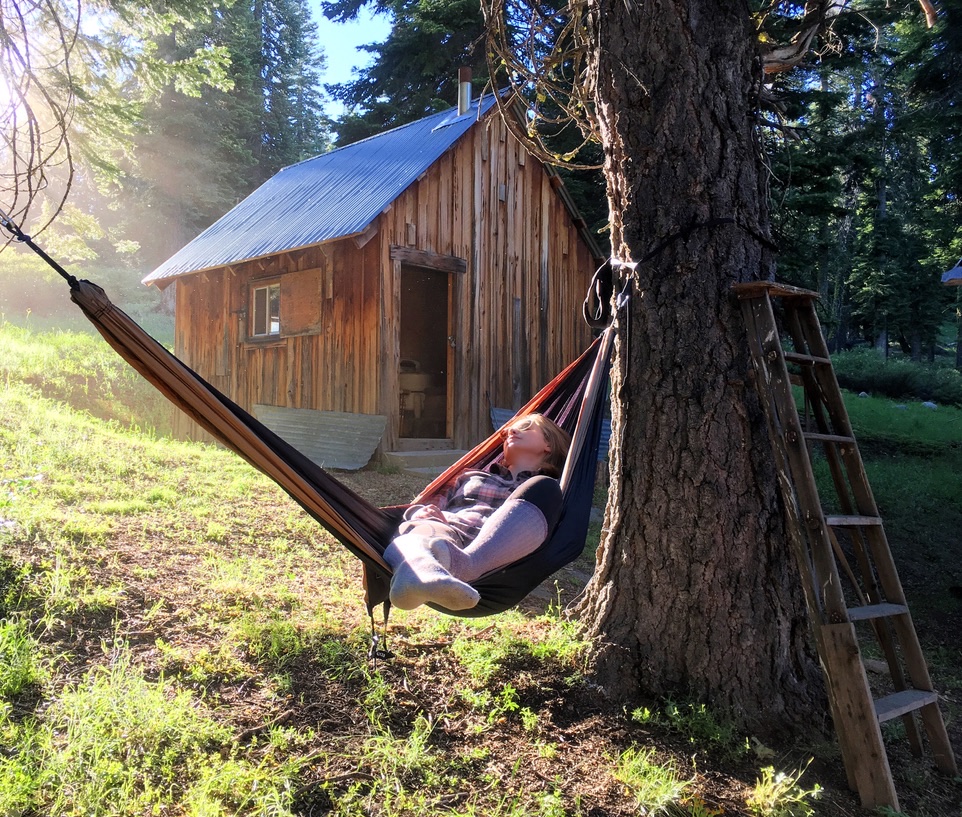 I’m grateful for all the memories we made at the old cabin, and I’m glad so many of you were able to experience it while it was still around. Its story is finished. A hundred years ago someone cleared the forest to build a cabin, and yesterday the forest took it back.

This is hardly the end for Leaping Daisy. For now, the old barn still stands, the UTV sits safely in its shed, and the solar shed is still up and running and providing WiFi for the embers. The underbrush has burned away and many healthy trees remain standing. The forest is resilient. 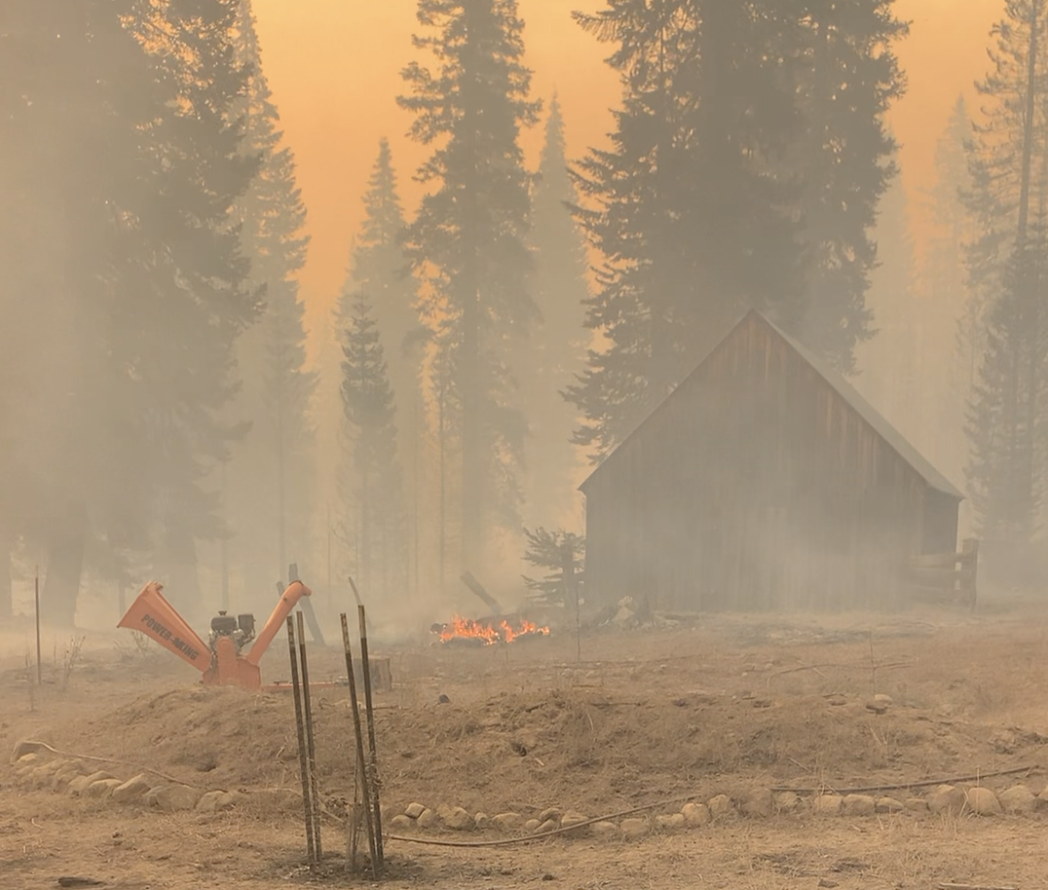 The joy of the ranch has never been in the having — it’s been in the doing. There’s a little less to have now, but there’s still plenty to do. We’ll have to buy some new chainsaws and dig a new outhouse. Then maybe we can get started on something to inspire stories for the years to come. 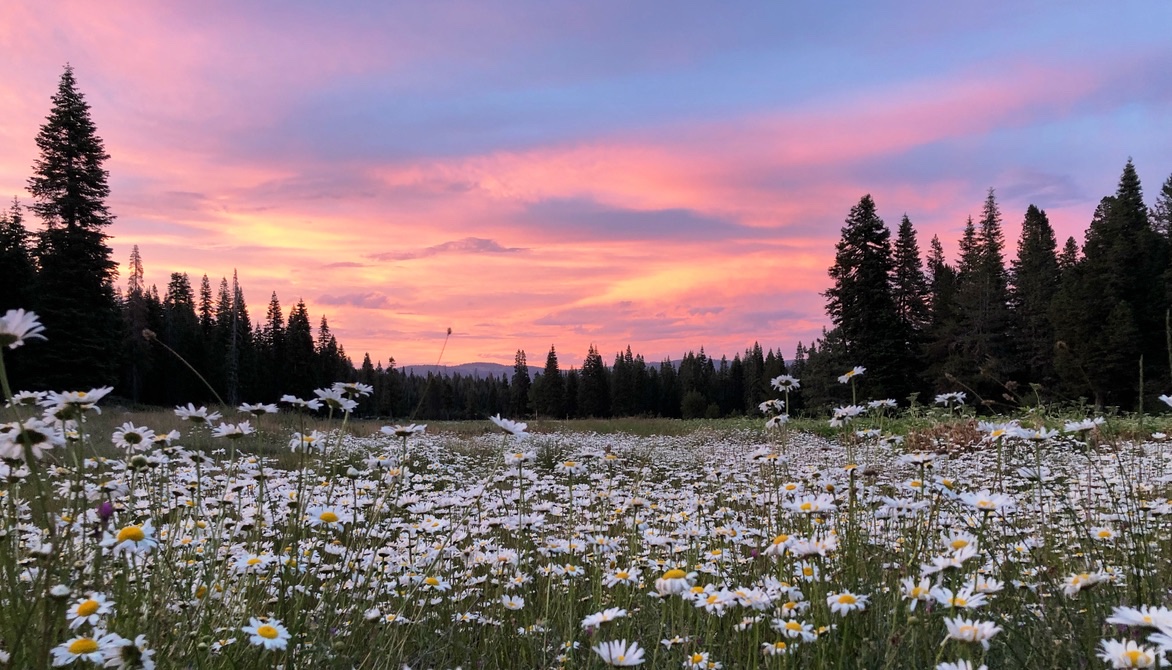 There is something else.

Fire is a big subject in California. We don’t have hurricanes, we don’t have tornadoes, but we do have fire. And fire season is getting worse. Extreme fire behavior is the new normal, and megafires like the Caldor are becoming more frequent.

And you know? A lot of people believe there is some kind of fire-free solution. Some people believe we live in a state where logging is illegal, even though our forests are logged constantly. Some believe there is some kind of forest management fairy that will fix all of this, despite the practice’s track record of failure. Some believe we need more prescribed burns, but that it needs to be 100% safe to happen. Some believe that CALFIRE purposefully sets wildfires to maintain job security. Some people should spend less time watching infowars and more time in meadows.

No one who says these things really lives in the mountains, despite where their address might lay on a map. They are stuck in a mindset of control — of getting what they want and forcing their will upon the world. This is a disastrous way of thinking, and it is incompatible with our future. It isn’t how the old timers approached the past, and it can’t be how we approach the future.

I spend a lot of time living in the mountains. Talking to the ranchers who have grazed the National Forest for hundreds of years. Meeting up with the rangers who clear the roads every spring. Kicking the drunk hunters off my roads. Wandering the meadow with foresters. I’ve snowshoed through five feet of fresh snow, dipped in ice cold streams, and used a chainsaw taller than me to take down a 200ft tall fir. The reality of the mountains is very different than talking points on TV and the memes posted by “retired loggers” on Facebook.

The forest around the ranch was logged heavily over the past three years. After the logging crews came the masticators and wood chippers. This was all in preparation for a series of prescribed burns, the first of which escaped its boundaries and became known as the Caples Fire. This fire received massive backlash from the community despite no structures being lost and the fire’s objectives being met in majority (burninng of underbrush, retention of large trees).

Even with the massive amount of logging, mastication, firefighters, dozers, airplanes, and helicopters, the Caldor Fire ripped through this forest without care. It leapt across hundreds of clear cut properties owned by Sierra Pacific Industries, jumped over firebreaks six blades wide, and created spot fires up to a mile away. The only place it did stop? At the burn scar for the Caples Fire, the one that so many believed to be reckless.

Decades of preventing fire, extended drought, and a changed climate have all converged to create conditions for extreme fire behavior. There is no easy fix, and there are no safe solutions. We are going to see a lot more fires in the West.

There is no fire-free option for our forests. We burn them, or we watch them burn.